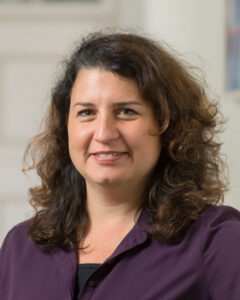 Dr. Annemarie Beers studied chemistry at Utrecht University (NL), where she graduated in the group of Prof. Geus on the topic of heterogeneous catalysis. She received her PhD degree at the Industrial Catalysis group of Prof. Moulijn and Prof. Kapteijn at the Delft University of Technology (NL). She started at the Research and Development group of Engelhard Corporation, which was taken over by BASF, on the development of heterogeneous catalysts for the chemical industry. In 2009, she became R&D Manager at Norit Activated Carbon, later Cabot Corporation, where she was responsible for research and development of activated carbon products, applications and processes. Since 2015, she works as a Business Manager for Euro Support, which is a company that is specialized in the scale up and toll manufacturing of custom made heterogeneous catalysts and other inorganic materials. Annemarie represents Euro Support as secretary of the VIRAN Board.