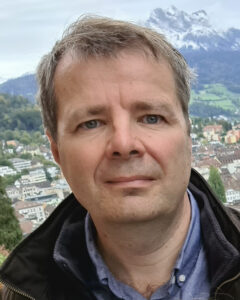 After obtaining his PhD at Delft University in Catalysis Engineering, Xander started his career in academia at Delft University as a post-doctoral researcher in the Industrial Catalysis group of Jacob Moulijn and Freek Kapteijn, working on structured catalysts for multiphase processes from 1997 until 2002. From 2002 until 2006, Xander worked as assistant professor at Utrecht University in the Inorganic Chemistry and Catalysis group of Bert Weckhuysen on the application of spectroscopy for process control. From 2006 until 2015, he worked as Associate Professor in Catalysis Engineering at Eindhoven University of Technology focussing on mass transfer and kinetics of catalysts, structured catalysts, novel reactor concepts, and process intensification

Xander joined SABIC in 2015 as a chief scientist. His research focus is on developing more energy efficient processes for the production of SABIC’s key chemical products, such as light olefins and oxygenates.

Xander represents SABIC as a member of the VIRAN Board.