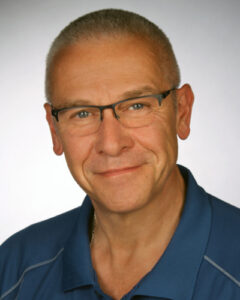 Thomas leads the catalyst innovation program with a focus on utilizing novel technologies into R&D workflows across application areas. Technology activities include novel materials discovery, catalyst development and fundamental understanding of product performance. Thomas holds the chair “Solid-State Inorganic Chemistry” at the Eindhoven University of Technology. Academic research interests complement above activities in fundamental understanding and include synthesis and characterization of materials that have large-scale applications in industrial catalysis.

Thomas studied chemistry at the University of Bielefeld (Germany) and obtained a PhD in inorganic chemistry in 1993. After a postdoc at the Eindhoven University of Technology, he moved to ETH Zurich in 1995 for a habilitation in technical chemistry and heterogeneous catalysis. In 2008 he joined Shell as senior researcher in catalyst technology.

Thomas represents Shell as a member of the VIRAN Board since 2014 and as chairman since 2020; from 2012-2018 he served as president of the Dutch Catalysis Society.