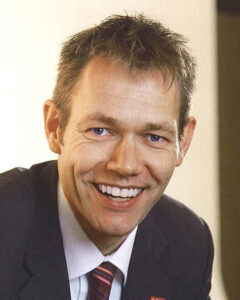 After obtaining his PhD in Inorganic Chemistry and Catalysis from Utrecht University, Robert Terörde started his career in industry at AkzoNobel as section head industrial silicates research. Thereafter he joined the chemical catalyst research group of the former Engelhard corporation, which meanwhile has become part of BASF. Currently, as Senior Research Manager, he leads a process catalysis research group at BASF in De Meern.

As chairman of the Holland Chemistry program council for Chemical Conversions Process Technology and Synthesis he co-authored the council’s roadmap. He is executive board member in ARC CBBC, the advanced research center focusing on chemical building blocks for a sustainable future, and has been serving in several user committees and program committees for PPS programs in the field of catalysis, s.a. Aspect and Catchbio.

Robert represents BASF as treasurer of the VIRAN Board.